June 1st, we celebrate world milk day intending to raise awareness about milk and its importance. India is witnessing remarkable growth in milk production and consumption.

This trend started in recent years, and it is almost certain to continue.

Milk production in India continues to grow, and now it tops the top milk output of all the European Union countries combined.

Milk has several health benefits and hence can be considered as a nutritious beverage. It is a versatile ingredient that can be easily added to your diet.

Apart from drinking milk directly, several ideas can help to incorporate them into your daily routine. Many studies have associated diets rich in calcium with a lower risk of obesity.

The higher protein content in milk can help you to be full for a more extended period, which helps to prevent overeating. Numerous dishes of Indian cuisine include dairy in their preparation.

This ingredient is further consumed while preparing a multitude of Indian meals and therefore, it is essential for one to be familiar with the top brands that are dominating the market.

Milk is an excellent source of nutrients, including vitamin D, vitamin K, Phosphorus, and magnesium. Each of the brands listed below are known for their quality and hygiene traits throughout the nation.

From well-known brands like Amul and Mother Dairy to several outstanding brands like Nandini Milk, outlined below are the top ten milk brands that are currently dominating the market.

Here are the 10 Best Pure & Fresh Milk Brands in India: 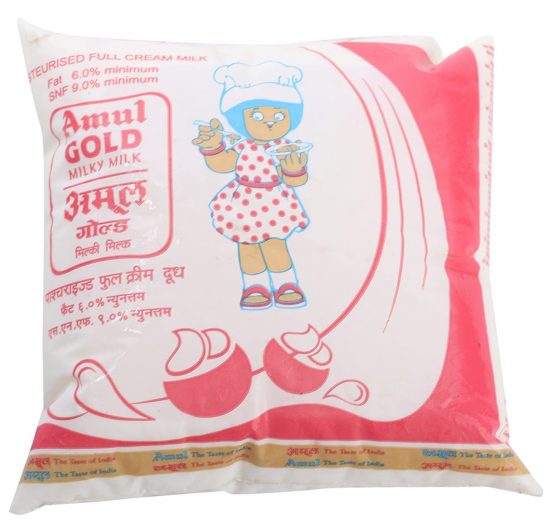 It’s a dairy cooperative society in India. Amul is headquartered in Anand, Gujarat. India’s White Revolution was sparked by Amul, and the nation became the world’s largest milk producer as a result.

On December 19th, 1946, the corporation was created. Amul milk complies with PFA norms and is one of the most hygienic milk suppliers on the industry.

It contains milk from both cows and buffaloes. Antioxidants including Vitamin E and beta carotene are more abundant in cow’s milk. Amul is not only a brand, but also a movement that promotes farmers’ economic independence.

Amul’s strength has grown thanks to the visionary leadership of Tribhuvandas Patel, the company’s founder and chairman. Milk is stored in 222 district cooperative milk unions and sold by 28 state marketing federations, guaranteeing that millions of people have a better life. 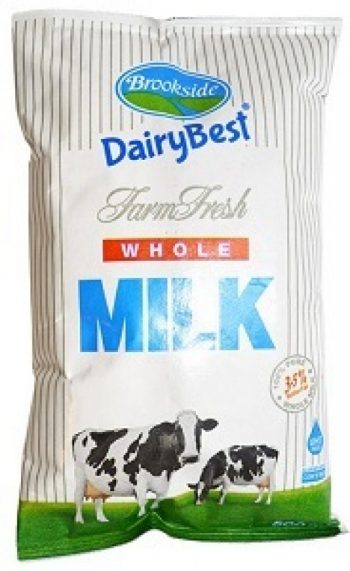 Dairy Best was founded in 1992 and is headquartered in New Delhi, India. In October 2015, Akshay Kumar signed a two-year deal as a brand ambassador. It is one of the fastest-growing dairy businesses with a diverse product line.

Northern India, where it has a large presence, is loving its goods. A total of 3 million litres of milk can be processed every day by the different dairy plants.

They are expanding their procurement network in Haryana, Western Uttar Pradesh, Punjab, and Rajasthan in order to improve the wholesome consistency of the milk. Producers of milk provide directly to the Kwality village milk collection centre.

They make a variety of dairy products, including butter, dairy creamer, and dairy blend, among others. Milk offers vitamins and minerals that many people don’t get enough of.

The finest cow’s milk is organic and grass-fed. Furthermore, they sell to a variety of continents, including Asia, Africa, and Australia. It sells to over 28 nations, including Japan, Bangladesh, and Sri Lanka. 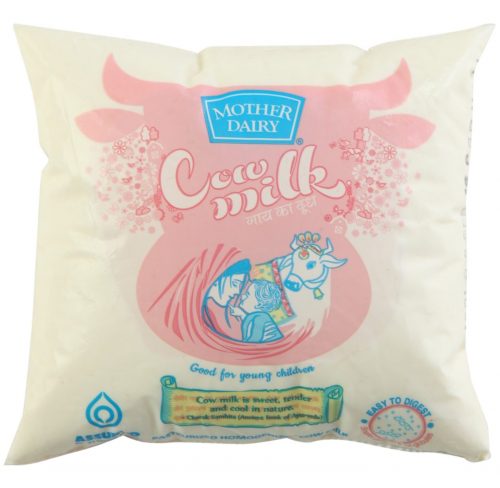 Mother Dairy is a private corporation based in India that markets and sells milk and milk products. Some edible items, such as fruits and vegetables, are also covered.

The company’s offices are in Noida. The business was founded in 1974. They produce both cow and buffalo milk. Cow milk is supplied in the range of 50000 to 60000 litres per day. Before being served, the milk is pasteurised and processed.

The village farmer serves as the focal point of this organisation. The highest priority is given to milk production, so the company has invested heavily in Hitech automated machines that ensure product quality, efficiency, and safety. The National Dairy Production Board has a subsidiary called Mother Dairy.

You will get about 8 grammes of protein from a single cup of Mother Dairy’s milk. As a result, it can be called a full protein, as it contains the nine basic amino acids that your body requires to function properly.

Mother Dairy’s goal is to provide consumers with high-quality food and drinks at reasonable cost, while also ensuring that farmers receive equal compensation.

They are committed to serving farmers, rural India, and their customers with zeal and pride. It is inextricably linked to India’s cooperative movement. 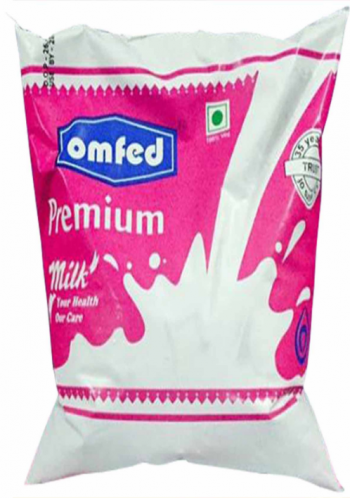 OMFED stands for Orissa State Cooperative Milk Producers Federation. It is a milk Federation that is a member of the National Dairy Production Council.

It was established in 1985 and is headquartered in Bhubaneswar, Odisha. The board of directors, which consists of a Chairman and three nominees from the Orissa government, is in charge of this.

They are milk production experts. They founded OMFED with the aim of connecting rural milk producers with urban consumers through an enterprising mindset.

They promote the procurement, manufacturing, and selling of milk and milk products as their main activities. They are assisting in the economic growth of the rural family population in Orissa as a result of this.

With an office in Hyderabad, this dairy cooperative society is very cooperative. It is living on the nutritious and high-quality goods produced by Indians. Apart from milk, they have cheese, paneer curd, and a variety of other dairy products. They are a major producer of milk and milk-related materials. 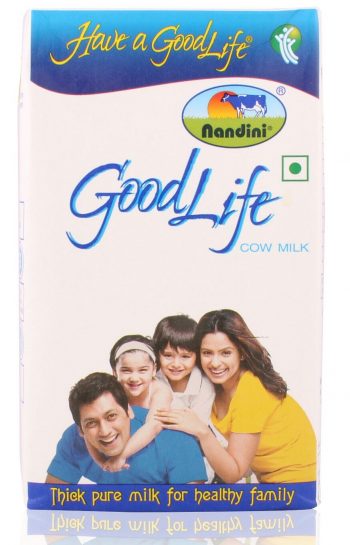 Nandini Milk and Milk products are sold by the Karnataka Milk Federation. It was established in 1974 and has its headquarters in Bangalore.

They gather milk from its members’ farms, which the company then processes and sells in the market under the Nandini name. After the Amul brand, it is India’s second-largest milk cooperative. The Nandini brand of milk is good for life.

It’s ultra-pasteurized milk in a tetra bag. It will last up to 180 days on the shelf. Goodlife milk is tasty and safe since it has no additives.

Nandini sells both full cream and toned milk. Because of the various types of pasteurisation, the colour of the packets in Nandini varies. We get pure cow milk from them. The milk is of excellent consistency and has no unpleasant odour.

Pasteurization kills both bacteria and other microorganisms. Milk has a two- to three-day shelf life and should be reheated to 75 degrees before consumption. Curd, cheese, paneer, and a variety of other items are available under the Nandini name. They are extremely. 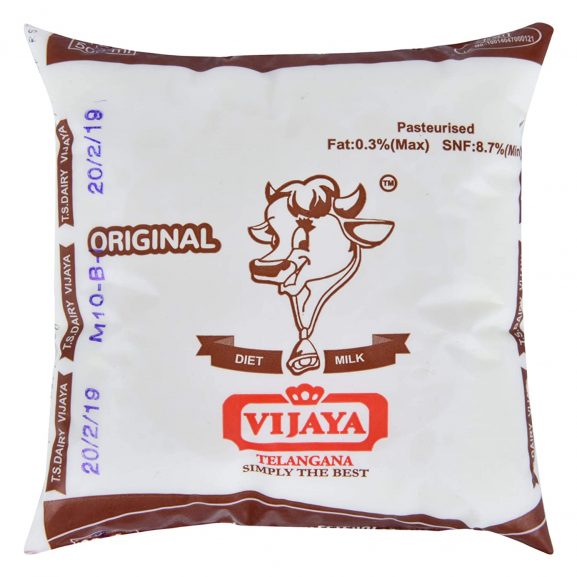 The milk Federation of Andhra Pradesh was established in 1973 by Sri Vijaya Visakha Milk Producers Company Limited. Vijaya Milk was established with the aim of obtaining high-quality milk directly from farmers.

The key plant is in Peramangalam, Tamilnadu, near Trichy. In Tamilnadu, there are several other divisions. The company’s key goal is to manufacture high-quality milk and milk ingredients.

They are attempting to implement modern production technologies and operate in an ethical and open manner.

Their main goal is to ensure that healthy and high-quality goods are readily available from the farmer to the customer through operational excellence.

They know how to use enthusiasm and determination to build a mutually beneficial, long-term partnership with stakeholders.

Vijaya Milk strives to operate in an environmentally friendly manner while still providing outstanding customer service. They also offer paneer, curd, peda, and a variety of other dairy products. The materials are of exceptional consistency. 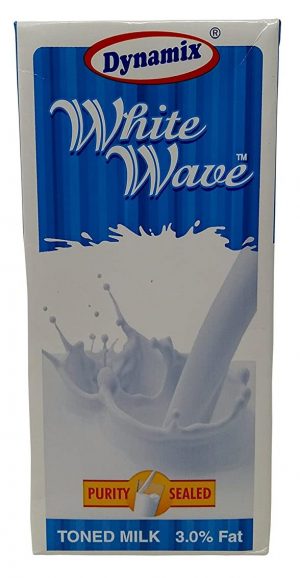 This is one of the largest milk-producing companies in the world, with headquarters in Mumbai. It first opened its doors in 1995. The Maharashtra corporate office has been operational for the past 21 years.

It’s a limited-liability corporation. The company’s main goal is to process and sell milk and milk products. Their goal is to promote rural growth by reaching out to farmers in their service area.

They want to support farmers’ activities by combining them with a world-class manufacturing facility. Their mission is to create high-quality goods that will help them establish a brand in the international and domestic markets.

They also want to provide their customers with incentives and value-added services. Ghee, butter, cheese, and a variety of other things are among the items available.

They have a fully integrated machine developed by the best company in the world. They are an ideal way for producers to market their produce, and they provide customers with high-quality goods at low prices. 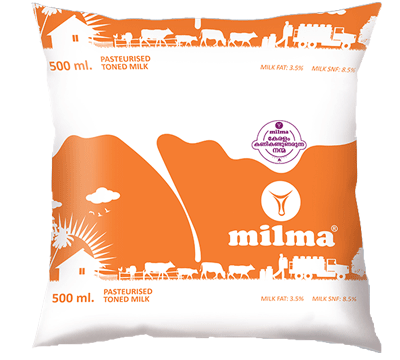 Milma stands for Kerala Cooperative Milk Marketing Federation, which was formed in 1980 as a state affiliate of the National Dairy Program Operation Flood.

Thiruvananthapuram is home to the company’s headquarters. Milma was founded by the Kerala government with the goal of promoting farmers and bringing high-quality goods to consumers.

Since the milk contains 3% fat and 8.5 percent nonfat solids, it will not adhere to the vessels when heated. They pasteurise milk to render it germ-free and allow it to be eaten without heating.

Milk toned milk, double toned milk, and fat milk are the three variations available. They have activities to support the cultivation, refining, and selling of milk and milk products in order to aid the farming community’s economic growth.

They sell and distribute high-quality milk with a well-balanced nutritional profile. When milk reaches a temperature of 100 degrees Celsius for 15 minutes, it loses vitamins and proteins. As a result, they pasteurise it to destroy all microorganisms. 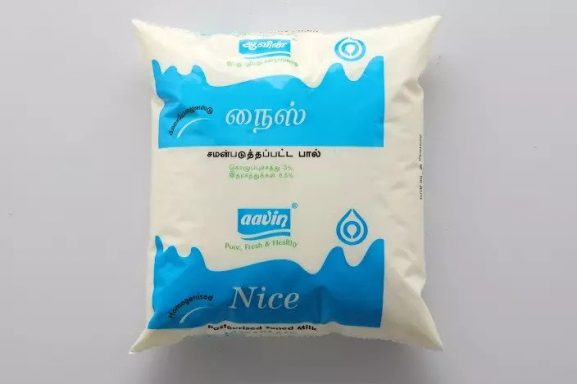 Tamil Nadu’s Aavin is a Tamilnadu Cooperative Milk Producers Federation. They buy, process, and sell milk and milk goods to customers all over the world, not just in Tamil Nadu.

The Department of Animal Husbandry, Dairy, and Fisheries is the parent body, which was established in 1958. Toned milk, double toned milk, standardised milk, and pure cream milk are all available from Aavin.

In Tamil, the word aavin means cow. It has been proven that this milk contains all of the nutrients found in a lactating mother’s milk. On the majority of milk packages, there is an image of a cow.

They offer you unadulterated milk with a longer shelf life and a high nutritional profile. When most businesses practise adulteration to extend shelf life, they use natural methods.

In Chennai, A2 milk is the purest organic milk available. They gather milk from the district union, store it, and package it for distribution to consumers. They are making progress, with the aim of providing a great market for farmers and high-quality goods to customers. 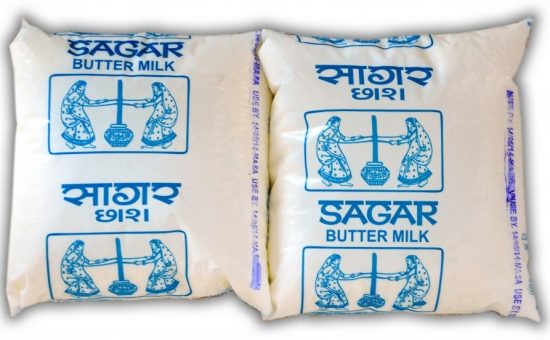 Sagar Dairy is a dairy that manufactures and sells milk and other dairy products. Their corporate headquarters are in Mehsana, Gujarat, and were founded in 1963. They have milk of exceptional consistency. It is a member of the Gujarat Cooperative Milk Marketing Federation at the state level.

Dudhsagar dairy is its popular name. They contribute to India’s status as the world’s largest milk producer. Pasteurization is used to remove microorganisms such as bacteria before the milk is sold. Toned milk, uniform milk, and full cream milk are the three types of milk available.

The milk from Sagar Dairy is exceptionally high in protein. Casein is an essential protein found in milk, accounting for 70-80% of the total protein content. Whey protein makes up the remaining 20%. It aids in the reduction of age-related muscle loss as well as the promotion of muscle repair following exercise.

The dairy also sells curd cheese, paneer, and other dairy products. Their main goal is to encourage farmers and provide consumers with high-quality milk.

Milk is sold in half-litre and litre packets at Sagar Dairy, and the prices are reasonable. They have organic and raw cow milk on hand. Since overboiling milk can cause vitamin and protein loss, you should always use pasteurised milk.

We must be careful when purchasing milk since we are dealing with adulterated milk. India produces 22% of the total amount of milk produced worldwide.