Taxis or cabs are essential modes of transportation in every region. This is because taking a cab on the road is more accessible and easy. This is why businesses that provide taxi booking services have existed for so long.

The benefit is that the passenger does not have to wait for an empty cab or one that would not hesitate to pick them up. They can simply book a cab online, pay through a convenient form, and have the cab pick them up from any place.

Here are some of the top cab booking apps which operate in India. 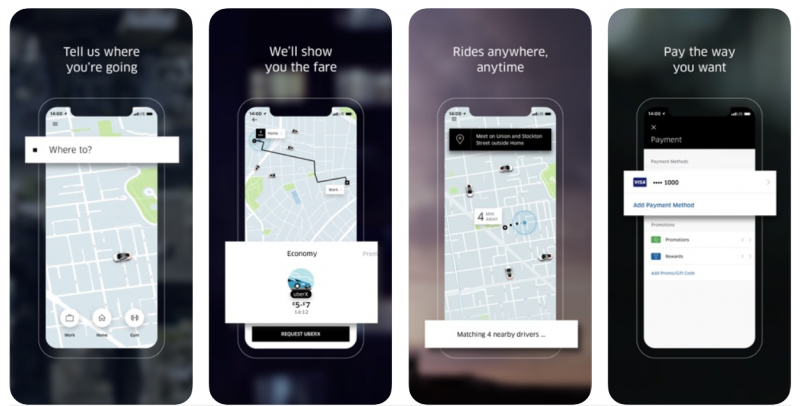 Uber is one of the most popular taxi services. It can be seen all over the world. The company’s offerings are excellent, which is why so many people believe it. Uber began operations in India in 2013 and has been a huge success.

With about 110 million customers using its services, the firm has a strong client base. Uber cabs are available in all major cities in India, including Mumbai, Kolkata, Bangalore, Chennai, and Hyderabad.

Their services are accessible through their website and a smartphone app that is compatible with both Android and iOS devices. For the convenience of their clients, they have offered a variety of payment options. They offer a hatchback, sedan, prime sedan, SUV, Uber intercity, among other facilities. 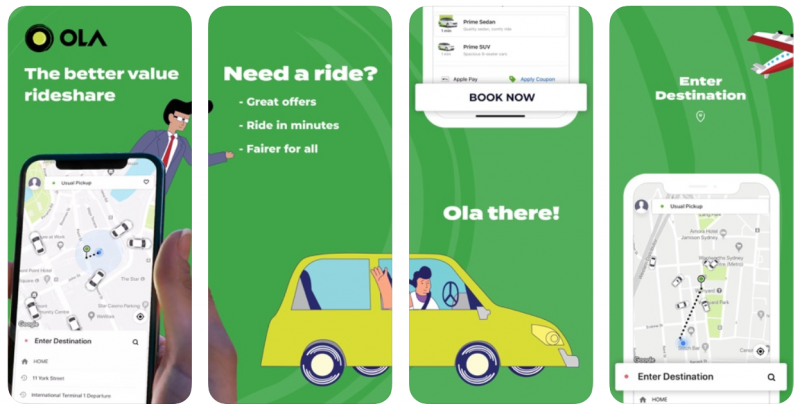 Ola Cabs is another common and profitable cab booking service in India. It is a Bangalore-based Indian corporation. ANI Technologies Pvt. Ltd. established it.

Bhavish Agarwal is the company’s founder. Ola has had a lot of success in the industry and is now present in several big Indian cities such as Bangalore, Kolkata, Delhi, Pune, Chennai, and Hyderabad. 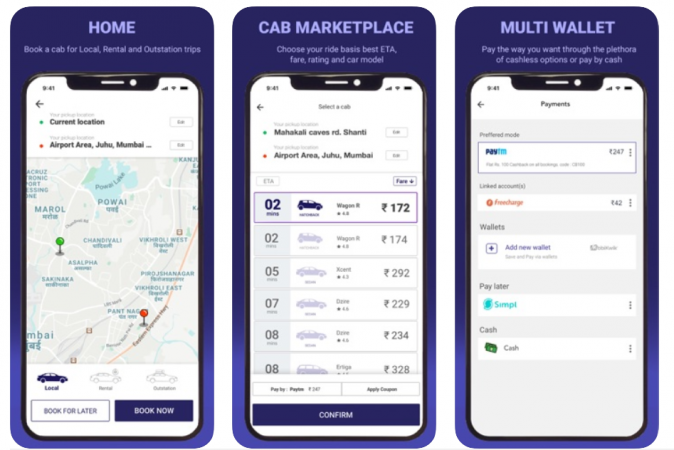 Meru Cabs is another Indian taxi service. The business has had success in Mumbai as well as a few other major cities such as New Delhi. Meru Cabs is an easy-to-use service.

It has a website and a mobile app where customers can book a cab.

They also allow cab booking through Facebook Messenger bots. The company was founded in 2007 and is based in Mumbai.

Neeraj Gupta is the company’s founder. The firm has collaborated with Google Now to provide users with real-time notifications. Meru Cabs has also partnered with Taxis G7, a French company, to expand their service offerings internationally. 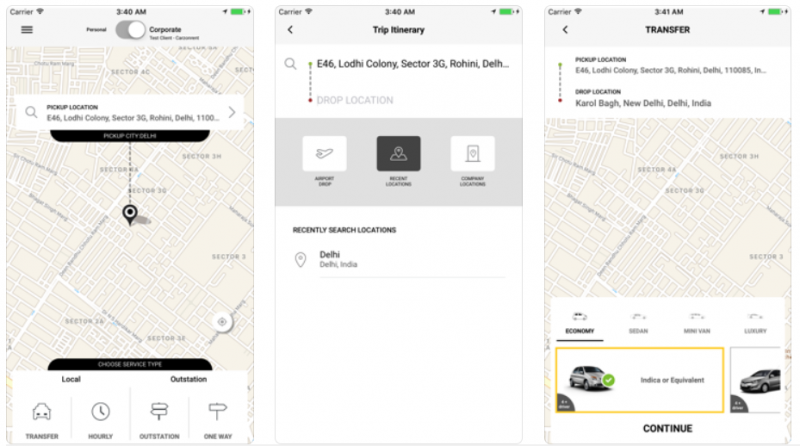 Carzonrent is a company that has been in business for nearly two decades. In the year 2000, the corporation began providing services. It is an Indian firm with headquarters in New Delhi. It also operates in a number of major cities, including Mumbai.

They have both short-term and long-term rental plans. Previously, customers had to book or use its services on an on-call basis, but it recently launched a mobile app for their convenience.

It has been working with the Indian Railway Catering and Tourism Corporation (IRCTC) to provide taxi services to railway passengers. EasyCabs is the name of the company that has done this. 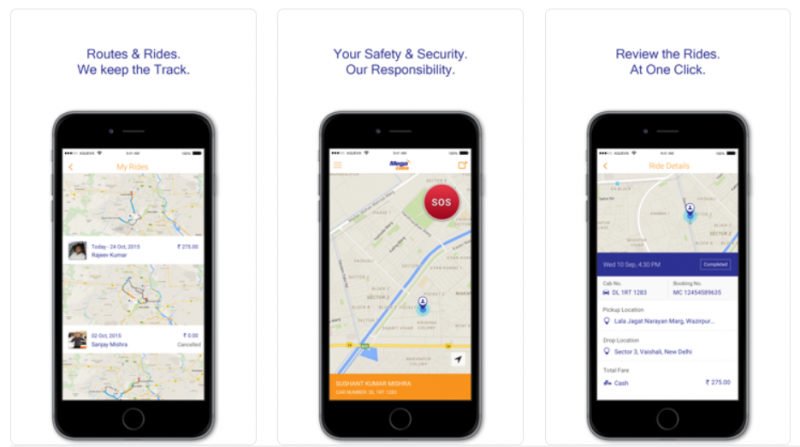 Mega Cabs is another long-standing taxi booking service in India. In 2001, the firm began offering services in India. Customers should expect high-quality, safe, and dependable service from the organisation.

Mega Cabs believes in honesty when it comes to prices and offers, and has done so for many years. The business operates in a number of major Indian cities, including Kolkata, Delhi, Chandigarh, Amritsar, and Delhi.

One feature that sets this business apart is that they give their chauffers development and entrepreneurship prospects. 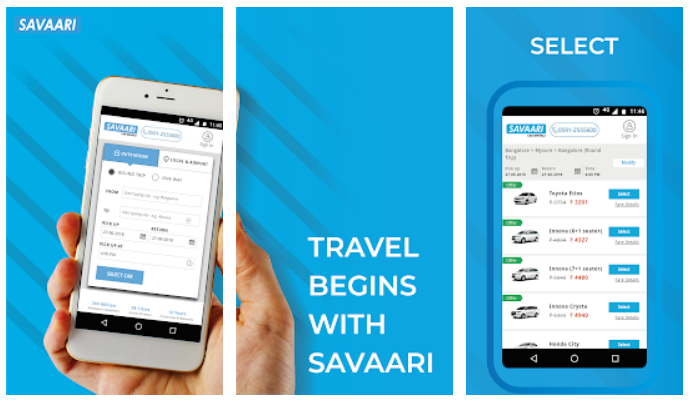 Savaari Car Rental Services is a car rental company based in India that offers both intercity and local rentals. They’ve had a lot of growth in this market and are now present in 98 cities across India.

You can book their services for holiday to sit back, relax, and enjoy your trip while their chauffeurs provide you with dependable and convenient service.

Their outstation cab services can be used for both travel and sight-seeing, as they will take you to all the must-see locations and allow you to immerse yourself in the local community. 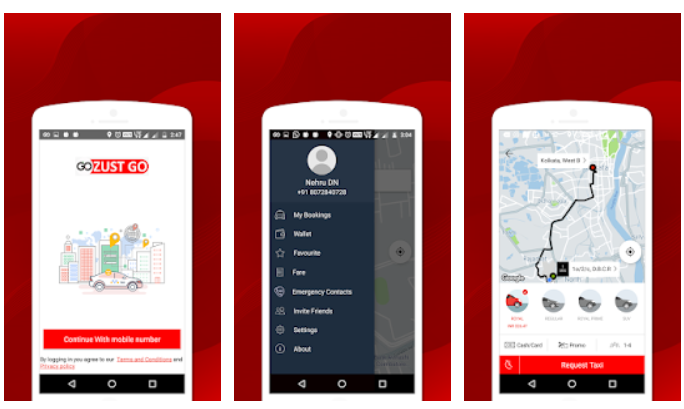 Zust Go is a Kolkata-based cab booking service. The company only serves the state of West Bengal, but by 2022 it plans to extend its services to the rest of India. There are no surcharges for Zust Go, which sets it apart from other cab booking services.

This is one of the company’s main selling points because many popular cab booking services, such as Ola and Uber, raise their rates during peak hours, heavy rainfall, or natural disasters, but customers using Zust Go won’t have to worry about that.

There are no additional fees. Zust Go promises to make its customers’ rides safer by including an SOS button in the app. Female drivers are now being trained for the safety of their female passengers. Zust Go has four different types of cabs to choose from: Hatchbacks, sedans, luxury sedans, and SUVs are all available. 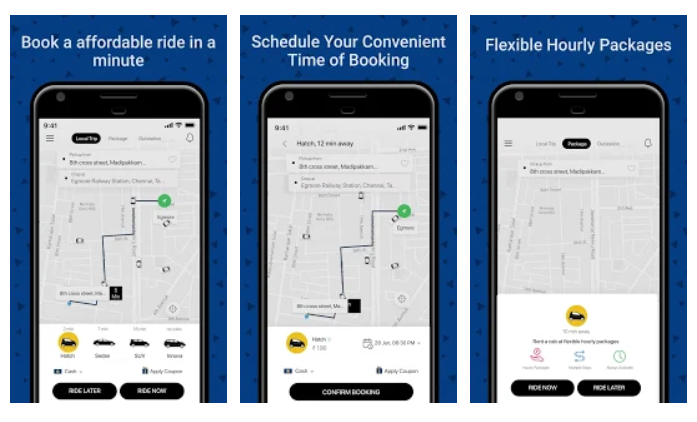 Fasttrack Taxi is a cab booking service based in Chennai that operates in over ten major Indian cities, including Chennai, Trivandrum, Hyderabad, Pune, Vellore, and others.

The company began operations in 2001 and operated for several years as an offline outstation and local cab booking service before developing its own app and moving its business online.

The app is available for both Android and iOS devices. There are over 3000 drivers who have registered. For the convenience of customers, the company offers online payment options.